Just as one can see aspects (ie, Pepper, 1942, pp. 152-153) of an atom inside of a solar system, so too can one see psychopathic personality traits in a group or culture. I propose that every integrated group's value system will register somewhere along the continuum of altruistic-prosocial-asocial-antisocial-murderous. The current page will be dedicated to the description of the psychopathic group, while this other page will concentrate on the exposure of the individual psychopath, my most popular page.

It may be difficult writing around the continua, but I'll give it a shot. For instance, in order to make a point about groups or nations, I will have to discuss the individual also, since groups are made up of individuals just as the solar system is made up of individual atoms. The reader is cautioned that my perspective on human societies is colored by my extensive experience with Western cultures, particularly those of the USA and Germany. The reader must further realize that this is quite an emotional topic to handle. 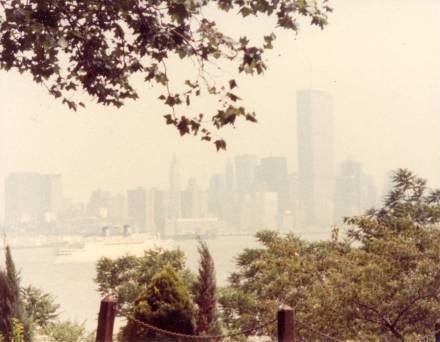 Let's start with the slap in the face: September 11, 2001. Why this date? Because of the "911" it produces, of course. They wanted to use our own words and symbols in their attempt to wound our collective psyche. It was in fact, a warped projection of their own religious grandeur and narcissism. They don't like who we are, it's as simple as that. Their choice of targets belies their deeper belief in their own inadequacies. They had to (symbolically) take down the "big bad guy" in order to relieve the stifling pressure they must feel from interpreting our success and lifestyles through theocratic eyes! Everyone perceives problems in their own life, but has trouble seeing that others have comparable problems, as well. [Not yet completely happy with this paragraph.]

Perhaps individually, members of terrorist groups have simply given up on their own lives, blaming some external factor(s) for their perceived environmental inadequacies or failures. Left "without a life", they seek out like-minded individuals and proceed to channel darker energies hoping to hurt their targets in the process.

Just imagine what recent European and Middle Eastern history would have been like without those psychopaths who rose to power! To keep such groups from forming in the US, one must first decide how to deal with the constituent population, for they usually start out as individual "domestic terrorists" before gathering together into organized groups (ie, the "brown shirts" of 1930s Germany).

By committing violent crimes, people reject society and its values. What if we were to simply revoke their citizenship and send them on their merry way? Perhaps after tasting the idea of liberty in other countries, criminal psychopaths may realize just how great this country really is. (Maybe Cuba can take some off our hands!)

Being rejected by "polite society", psychopaths find solidarity, safety and belonging in their own gravitationally bound systems, while adopting an "us against them" stance on life. Anyone who is not part of their homogenous group is disliked or hated, and thus marked for negativity of one sort or another. The group develops an internally consistent ideology of hate and destruction, and no single member ever seems able to even question the group's morality without serious repercussions.

So what are we supposed to say to these Al-Qaeda freaks? "Gee, we're real sorry we acted outside your narrow-minded world view. Would it be OK with you if we built another building now?" What crossed my mind when I started hearing about the plans for rebuilding "ground zero", was why not simply put all the buildings right back up using the engineering advances seen since the 1970s?! Whatever we do, we should not be intimidated by such sick people and their actions.

Just a side thought: The North Korean and Iranian youth of today are the current "Children of the Grave"!

The entire realm of the website "http://www.syntheory.com" is
copyright © 2000-Current Year
by Ken Windish. All rights reserved.