Attention! This page is not yet completed.


Hiya friends! This page is a launching pad to several concert photo pages and other things that friends, family and I have had the pleasure of going to over the years. The pictures below work as links. Clicking on a link picture will either take you to another page at syntheory.com dedicated to that specific topic, or it will take you to an "external" web page. 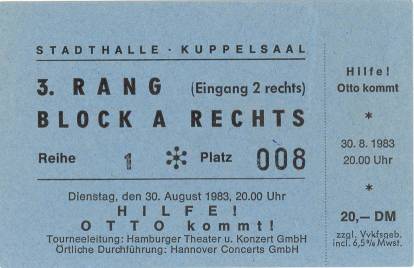 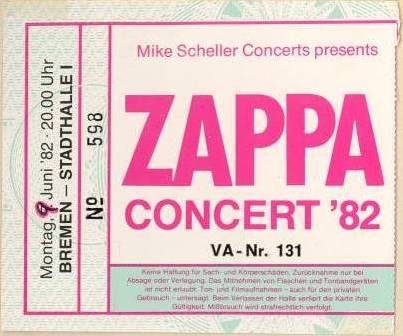 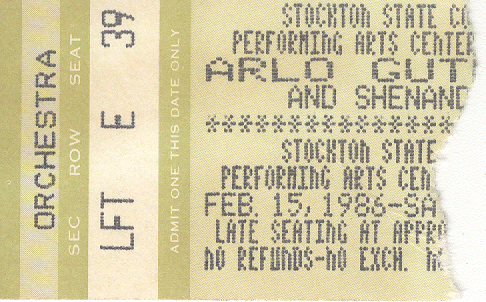 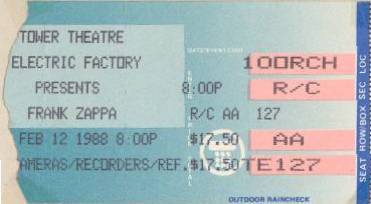 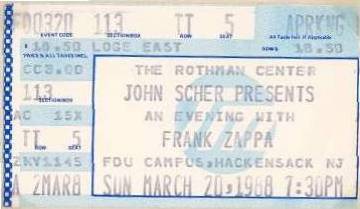 Additional subjects -- without tickets to work as links:

Tom Waits in concert at the Beacon Theater in NYC, November 2, 1979. Pictures MIA

38 Special, Black Sabbath (the brief time when Ronnie James Dio was singing for them!) and Blue Öyster Cult in concert at Market Square Arena in Indianapolis, Indiana, October, 1980. Pictures MIA

Jorma Kaukonen (from Hot Tuna, Jefferson Airplane and other bands, I'm sure) performs a solo concert at Stockton State College in Galloway Township, NJ in April, 1982. Stockton "old timers" may recognize the venue as the C Wing Pub! (Actually, the show took place in the big room situated between the door to the pub and the school corridor.)

Warren Zevon plays a concert on a baseball diamond at Stockton State College, September, 1982. The venue is now the site of the G. Larry James Stadium on campus and was specifically located just behind Housing 2's Housing Office and ABC-wing segment.

Franken & Davis shoot a special for Showtime at Stockton State College's Performing Arts Center. My pictures here show the backdrop used during the show being created. Although it's been a while, I'm going to guess they were taken in Upper B Wing! If memory serves, the show was filmed in November, 1982 and originally broadcast in February, 1983. Also, the VHS version of this show is copyrighted 1984.

Timothy Leary lectures in the PAC at Stockton. Pictures MIA

David Bromberg plays a concert in the PAC at Stockton, Friday, Feb. 8, 1985. Pictures MIA However, you may listen to most of this concert, hear. (Just right click the links to download the mp3s and playlist.) Here's the concert listed on davidbromberg.net.

This page of the website "http://www.syntheory.com" is copyright © 2004-Current Year
by Ken Windish, except for the accompanying images. All rights reserved.

Click here for full, detailed copyright information for all pages.